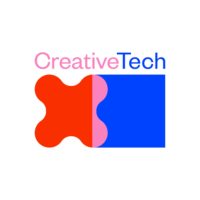 @ctech
Partager
WHICH TYPE OF FUTURE FOR CINEMA AND VISUAL EFFECTS?

Detail of one of the work displayed in the exhibition:  Kung Fu Montion : L’ArchiveVivante EPFL

Is cinema doomed to digital effects? This has been the case for a long time: few people still shoot with 35mm perforated film or Super 8. This will surely come back, like the vinyl that is currently making a comeback. Meanwhile, the major part of this specific art industry keeps producing films thanks to the magic of digital.

The 3D version of the movie Avatar has been realized worldwide even if the audience is not really convinced or willing to watch this version. Concomitantly, with the progress in 3D, virtual reality is making inroads in Cannes like in 2017 when “Carne y arena” by Mexican filmmaker Alejandro Inarittu was shortlisted – and this year with “The Wild Immersion,” which plunges you, literally, among sharks, or into a Gothic universe with the count of Dracula and Bela Lugosi himself, or even into space in the shoes of Thomas Pesquet.

And what about motion capture? You know these famous technics used in the movies, The Lord of the Rings. Can’t you remember Gollum saying “my precious”? Well, remembering the performance of Andy Serkis, it is understandable why he is one of the most famous and talented stars of this specific art and why he is so on demand by producers and film directors. Holograms as well are on the program of producers and directors who use this effect more and more to make movies. We will not forget to mention the drones that offer unprecedented footage or Artificial intelligence, largely aided by human passions, which are writing screenplays.

Indeed, it seems that visual effects have a bright future in film. Maybe the 35mm will be on trend soon, but that won’t mean the end of visual effects.