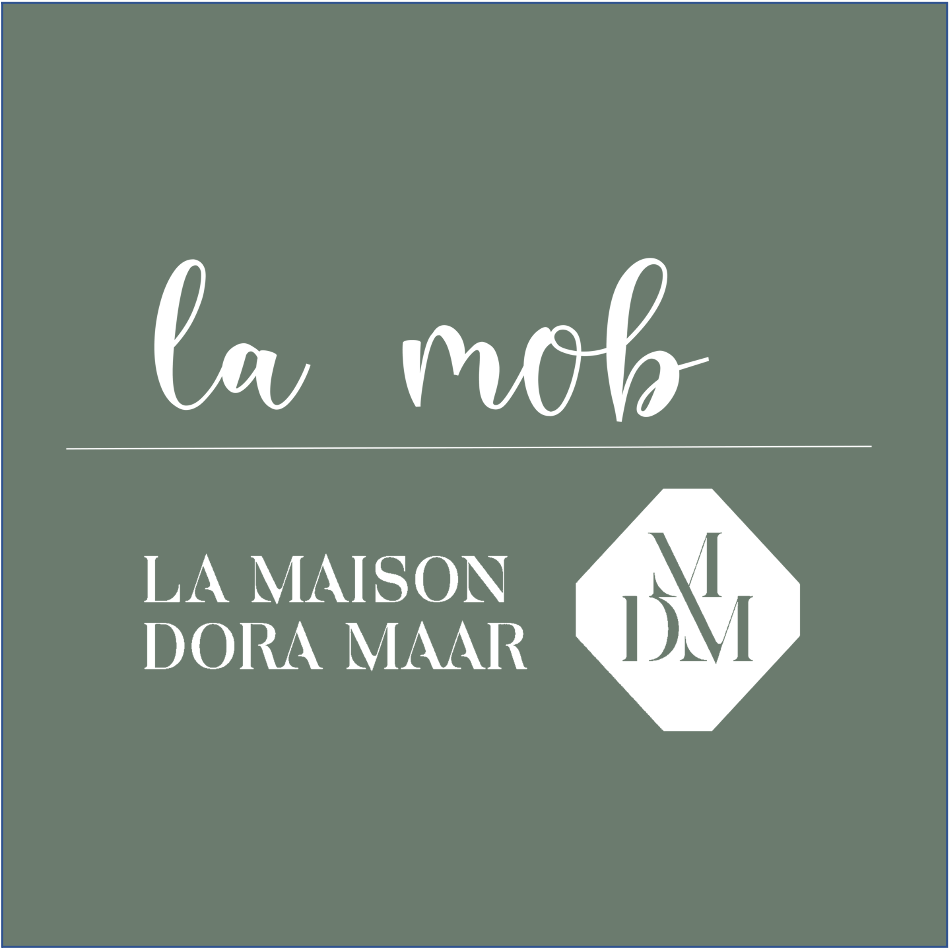 After Trio! and La Maison dans la Maison for artist Piotr Klemensiewicz, the Mob, designed for interdisciplinary artistic dialogues, becomes a dreamlike walk with artists who have shaped the village of Ménerbes in Provence and its artistic magnetism: Joe Downing, Jane Eakin, Dora Maar and Nicolas de Staël

A conversation, at the foot of the Provencal jasmines, under an amber sun, between artists and great souls. Did it really take place? Ménerbes, a village not to be missed for the beauty of its landscapes, the gentleness of the passing of time and the major artists who have taken up residence.

Among these artists, and in the order of their move to Ménerbes, Dora Maar (see our article presenting the Mob), Nicolas de Staël, Joe Downing and Jane Eakin. These painters, sculptors, photographers and assemblers have left precious testimonies in their correspondence, notes and public and private statements. In these gaps, questions about art, the creative process, and love, of self, others, and the world, brush up against each other and repeat themselves, confronting obstacles.  This timeless dialogue that follows four great 20th century artists in Ménerbes echoes the artists in residence at the Maison Dora Maar.

With the curation and research work of the Maison Dora Maar and the CreativeTech teams, La Mob reveals the scene of an intrigue with an uncertain outcome: what if four artists were to engage in a dialogue during a summer walk in Menerbian Provence? The opportunity to approach these marvelous artists and their historical links through a new prism: an imaginary dialogue that is nevertheless the result of sentences spoken or enunciated by each of them. We have rethought the physical, sound and dream spaces in order to transcribe, translate and bring it to life.

To repeat these voices, we thought of a plurimedia and sensory scenography to embody the states of mind of those who inspired it. And to initiate the walk: the paintings of the four artists, whose resonances spread and are discovered in the exhibition space of the Mob, a mixture of wood and rocks, conducive to echoes. The chosen works – thanks to those who lent them to us (some preferring to remain anonymous, we thank them as well as Annie Montegard and the Jane Eakin Fund, David Butcher and Ménerbes Patrimoine, Mireille Cartet and Un Lieu Une Œuvre, Brice Toul and the Ménerbes Town Hall) – come into direct contact with nature and landscapes, the daily life of the original quartet. Flat tints, bright colors, abstraction and not-so-dead nature, in direct interaction with the voices emanating from the walls of the Dora Maar house.  Joe Downing, Jane Eakin, Dora Maar and Nicolas de Staël call out to each other and resonate to create a sound and immersive environment of a timeless summer in Ménerbes. Inviting the elements, the wind, the rock, the fountains, the sounds spring up and bounce off the exchanges, the ideas, to invite reverie.

To inhabit this dialogue, the agency has also produced a video projected on the ancestral walls of the House of Dora Maar; the words, said or written are transformed and live!

It seems that the air of Ménerbes is a vector of creation and artistic abundance: this is the third exhibition resulting from the beautiful relationship between CreativeTech and Maison Dora Maar, presented from May 25, 2022 to the end of September 2022. Summer temporalities allow and even encourage it, one destination this summer: Ménerbes and Provence.